What are CFDs (Contract for Difference)?

The CFD, better known as Contract For Difference, is a particular type of contract much used from all the financial industry to allow customers to trade financial products in a very simple manner, and especially even with very low capital.

In this lesson we will see in short the history of this derivative contract, how it works in very simple terms and the main characteristics.

Born in London in the early 90s, and initially based on capital swaps, the CFD had the additional advantage of being a margined product exempt from stamp duty, a particular English tax.

CFDs were initially used by hedge funds and institutional investors in order to protect their equity exposure on the London Stock Market in an economically convenient way.

In the late ’90s CFDs were introduced for the first time to commercial investors.

Some British companies then contributed to their diffusion by offering innovative online platforms that gave the opportunity to check prices and make real-time trading.

Around 2000, however, investors realized that the real benefit of trading with CFDs was not the exemption from stamp duty, but the possibility to apply the financial leverage to any underlying asset.

This was the turning point that led the expansion and the rise of the CFDs.

What is a CFD (Contract For Difference)

The CFD is a financial instrument whose price is derived from the value of other types of investment instruments, better known by the name of “underlying”.

This places it in the macro category of derivatives instruments.

Trading with CFDs takes place between individual investors and the companies that offer this service. There are no standard contracts (i.e. regulated according to precise laws) for CFDs, each company can determine the characteristics of their contracts, but they all tend to have some common points:

Rather than negotiate or physically exchange the financial asset (e.g. physically buy or sell the stock of a company), the CFD is a transaction in which two parties agree to exchange money on the basis of the change in value (price) of the underlying, occurred between the point at which the operation is opened and the moment when the same is closed.

How do CFDs work

If, as an investor, you’ll want to speculate on the increase in APPLE shares price, you would have different alternatives. For simplicity, let me describe here the two most significant, in order to let you understand how CFDs work.

Through your broker, you enter a buy order in the trading platform. The order is processed by the broker that sends it directly on the NASDAQ stock market, where the APPLE shares are traded. Let’s assume, for simplicity of calculation, you only buy one (1 share of APPLE).

At this point, your account will be charged for $ 127 (the price required to purchase one Apple share at that time) and the purchased share will be loaded in your deposit.

So, you will have $ 127 less in the account and a share of the value of $ 127 charged on your deposit. At balance sheet level it will not change anything, meaning that your capital is always $ 127, previously in cash and now in the form of shares. In practice, you have invested money to own a part of the company.

At this point, as a owner of a piece of the company, your hope is that the company decides to distributes the profits, and that the share itself increases in value.

If hypothetically, at some point the price will be quoted at $ 130, you could decide to sell it, and you will have zero shares in the deposit, and $ 130 back in the account, having increased your total assets of $ 3.

Through your broker, you enter a buy order in the trading platform on the CFD with underlying APPLE.

The CFD, for the buy operation, will have the price of $ 127, taking the value of the underlying at the time (for the moment we do not include the spread to simplify things). Your order through the broker will not end on NASDAQ (as happened in the previous example) but on a parallel market, usually an interbank market.

The order will be executed, but you will not be charged any share on any deposit, for the simple fact that you’re not negotiating the purchase of a real share, but only a derivative.

So, on your deposit you will not see uploading any stock, and money will not disappear from the account with a charge, but it will be simply blocked (with application of a collateral margin by the broker) until closing.

In our didactic case you performed the operation with leverage x1, i.e. without using leverage (element instead widely used with CFDs), so the capital blocked in your account as margin will be equal to $ 127, which is the price for the purchase of one share of the underlying.

As before, by closing the position with an opposite transaction, so by selling at a price of $ 130 the contract previously bought a $ 127, you earn the difference of $ 3.

At first glance, with these two examples, it seems there are not so many differences. In both cases we involve a capital of $ 127 to earn $ 3.

However, going more into details, we can note the following differences as regards the operation with CFDs:

No delivery of the underlying: as a matter of facts, a shares deposit, with the related management costs, is not necessary. You have only one account with the sum you paid, and the block of margins will vary depending on the amount and direction of open positions and on the leverage used.

Trading with leverage: In the above example you have worked on a CFD with underlying APPLE and leverage x1. What would happen assuming to operate with leverage x2?

So, if you’ll close the operation at 130 $, as the previous example, the result would be:

Having doubled leverage, with the same capital you have made double the gain.

Using leverage x2 you can also reverse the previous argument, and invest half the capital, that is $ 63.5. What would happen at this point?

Closing the transaction at $ 130 the result would be:

WARNING! INCREASING LEVERAGE YOU HAVE THE POSSIBILITY TO EARN MORE, BUT ALSO TO LOSE MORE!

Operating with margin, using leverage, allows you to boost the potential profits, being able to access the markets even with lower capital than those needed to physically negotiate the single underlying, and this for the benefit of your portfolio diversification strategies , especially for those not so rich capital.

On the other hand, an excessive use of leverage in conditions of volatility, without knowing precisely what you’re doing, it can be a big risk for an inexperienced investor.

Why are they so interesting?

The fact that with the eToro CFDs you can also earn share’s dividends, a strange thing in theory since, as you have just learned, with derivative contracts do not effectively own the underlying.

How is it possible?

We talk about that on this post on eToro Dividends.

What are CFDs in trading and how do they work?

CFD stands for contract for difference. These are derivatives that have the same price as the real underlying asset. When investing in CFDs, you won’t trade the underlying asset but you will be speculating on the price of the asset itself.

Are CFDs better than stocks?

There are pros and cons to Darwinex trading stock CFDs. On the positive side, you can use leverage to trade, and you won’t encounter liquidity issues. However, CFDs are considered riskier than real stocks, and you won’t own the underlying asset.

What are examples of CFDs?

Using a stock CFD as an example, if you buy this CFD, you are speculating on its value without actually owning the asset itself. With a real stock (non CFD), you will own the actual physical asset itself.

What are CFDs (Contract for Difference)? 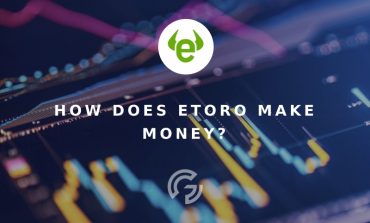 How does eToro make money? 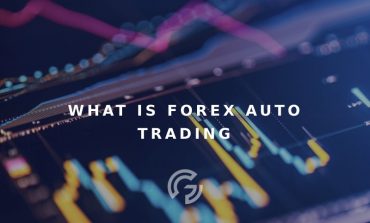 Forex Auto Trading - What is and what options we have 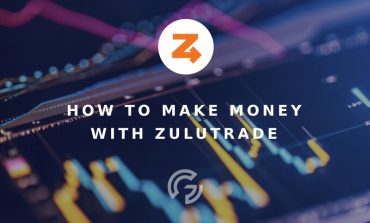 How to make money with ZuluTrade?